Lawyers and the social media conundrum 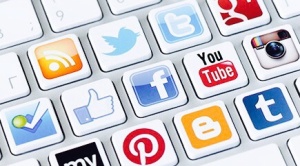 A lot of social media commentators have noted over the years that the legal profession appears to be a slow adopter of social media and that lawyers are failing to utilise social media tools, such as Twitter, Facebook and blogs, to their full advantage (Why CFOs and Lawyers aren’t using social media?, Social Media News, 18 June 2010).

The relatively conservative nature of lawyers has often been cited as one of the main reasons for this apparent reluctance (Conservative lawyers struggle with networking, 24 July 2009, Social media and law firms, 10 September 2010, and Lawyers and social media, 27 October 2010).

Despite this apparent reluctance though, the legal profession continues to be encouraged, and even prodded, to take a more active approach to social media (Don’t be afraid of social media, Lawyers Weekly, 22 September 2011).

Indeed, lawyers do not appear to have taken to social media with the same gusto as the general public, but I think the reasons are complex and manifold, although not insurmountable.

Lawyers have a unique insight into, and understanding of, the potential legal minefield social media represents including issues of privacy, libel, employment law and confidentiality.

Lawyers are also subject to many, not always entirely consistent, professional obligations (which are perhaps not generally known to the public), such as:

just to mention a few.

The impact of lawyers working significantly long hours can’t be underestimated as a factor either. Many lawyers find that work/life balance eludes them and this leaves very little free time for something that can be as time-consuming as social media. In fact, I do most of my social media writing in the (very) early hours of the morning, at lunch time, (very) late at night or in transit.

Finally, some of the largest employers of lawyers are law firms, corporations and governments, all known for their extensive workplace policies. Modern workplace policies often cover social media, or at least communications generally, and those policies tend to err on the cautious/restrictive side, potentially preventing lawyers from being overtly adventurous in fear of breaching those policies.

Despite these obstacles there are some other factors that paint a more encouraging picture, including:

Given the existence of this blog and my various Twitter streams I believe my position on the matter is evident: I am a firm supporter of social media as a vehicle for sharing information, learning and professional development.

My personal experiences of social media, including its immense educational potential and the ‘democratisation’ of information it has achieved in a very short time span, has turned me into what many would consider a true ‘social media evangelist’ (even if I personally despise that term).

Although at times I do find Twitter’s 140-characters limitation, well … limiting. However, this may not be such a bad thing after all, as over time it does help to develop succinct writing and, in my experience, that’s a skill many lawyers are yet to develop. Also, if and when I have anything more substantial to convey, or a concept to develop in-depth, I always have my trusty blog.

As a lawyer I do need to be mindful of the factors set out above, however I take the position that:

I am of the view though that many of these issues are blown out of proportion and that fear-based self-censorship creates an unnecesary amplification of these perceived obstacles.

Which I think brings us to the significant issue of concerns over the consequences a social media faux pas may have on one’s career and the effects of corporate social media policies on employees. I dealt with this particular topic in some detail in my previous blog post titled ‘Be yourself online … or suffer the consequences!‘, 8 October 2011.

I don’t intend to address those issues again in detail in this blog entry, but note that workplace policies and social media guidelines, while important from an organisational perspective, should not prevent you from exploring your interests and expressing yourself on issues of importance to you personally or professionally (within the common sense guidelines of public decorum of course).

From personal experience, I do consider being time-poor the most significant real hurdle to overcome for lawyers when contemplating entering and maintaining a social media presence, but that issue can be overcome by developing better time-management skills or simply redistributing or combining time spent on some other activities to or with social media.

Social media, especially with the recent proliferation of mobile devices and applications, gives itself well to multi-tasking and I also find that writing and developing ideas in the less formal context of social media can in itself be a very relaxing and rewarding activity.