Does your breakfast fuel homophobia?

Do you enjoy Weet-Bix or other Sanitarium products?

Did you know your breakfast may fuel not just you or your kids, but also homophobia?

Did you know it’s manufactured by a company, Sanitarium, that’s owned by the Seventh-Day Adventist Church?

Did you know Sanitarium enjoys religious tax-exempt status so they can spread their charitable message of Christian love?

Well, this is the message of Seventh-Day Adventist Christian love your money supports every time you eat Weet-Bix or other Sanitarium products:

“… sexual intimacy belongs only within the marital relationship of a man and a woman.
…
The Bible makes no accommodation for homosexual activity or relationships.” *

“Homosexuality is a manifestation of the disturbance and brokenness in human inclinations and relations caused by the entrance of sin into the world.“

“For these reasons Seventh-day Adventists are opposed to homosexual practices and relationships.”

And this is their response to society’s changing ‘attitudes regarding homosexuality’. 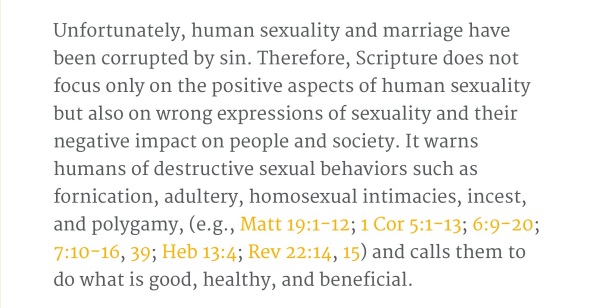 In a liberal democracy we accept as a given that people may hold beliefs and opinions freely. However, it must also be highlighted that in the absence of evidence and facts to support it, a belief or opinion is usually just old-fashioned bigotry, hatred and prejudice. Therefore, it is arguable that no one is simply ‘entitled’ to an opinion, especially when the opinion in question has no foundation in facts or has been conclusively and inarguably debunked.

Uninformed and factually unsupported opinions must give way when they come into conflict with human dignity (and scientific understanding).

The statement above to the effect that ‘homosexuality is a manifestation of the disturbance and brokenness in human inclinations and relations caused by the entrance of sin into the world’ is inarguably a prime example of such uninformed and factually unsupported opinion, and is certainly in conflict with the human dignity of those who are born gay, lesbian, bisexual, transgender or intersex (and scientific understanding of gender and sexuality).

Consequently, I reject the ‘right’ of any individual or group to continue to disseminate such uninformed, intellectually bankrupt, bigoted and hateful prejudice, and I ask that you reconsider the financing of a group that does so.

* The above images were screen captured at http://www.adventist.org on 31 January 2015.