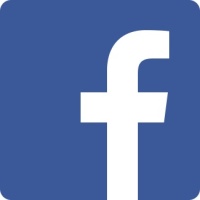 Facebook had announced that it’s tweaking its News Feed algorithm yet again.

However, this time it may be doing so to the joy of many users, given Facebook’s express acknowledgment of users’ concern that they may have been ‘missing important updates from the friends they care about.’

Facebook says the tweak is designed to make sure that content posted directly by friends we care about, such as photos, videos, status updates or links, will be given a higher priority in our News Feed so we are less likely to miss them.

But, if you fall into the, apparently, minority group who likes to see their friends’ likes and comments on posts, you are out of luck as such items will be deprioritised in your News Feed.

Facebook says that these latest changes may reduce traffic to some pages, noting that the ‘impact of these changes on your page’s distribution will vary considerably depending on the composition of your audience and your posting activity. In some cases, post reach and referral traffic could potentially decline.’

These changes still beg the question why Facebook won’t simply allow its users a greater level of autonomy in setting the details of their own News Feed.