The incompetence of politics

Three years and two budgets into a new Federal government, real-world observations indicate incompetence is a common trait of our major Australian political parties. I can’t speak of the smaller players as they have never been, and it is unlikely they ever would be, in a position to govern, and offer us an alternative. 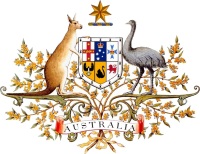 I’m not talking about ‘incompetence’ in the traditional sense of being inherently incapable. Both major parties are full of capable and intelligent people, with perhaps a few notable and well-known exceptions. However, they are generally restrained by their own ideological hubris that leads to bad political decisions, awful public policies, and overall poor outcomes for Australians.

Policies based on party-ideology will rarely be good for the country, unless they are coincidentally also guided by common decency, human dignity and fairness, and are informed by proven, observable facts, and social and scientific theories. And what are the chances of that happening in the current political climate?!

When a government exhausts the entirety of its political capital on achieving not much more than reversing the policies of a previous government, on the basis of nothing more than partisan ideology, and in the face of clear scientific consensus, the only losers are Australia, and its future.

When a government believes no economic problem is too big that can’t be solved by more tax concessions to the wealthy, and more lectures to the poor, the only losers are Australia, and its humanity.

When a government flaunts international law and treats asylum seekers as dispensable human garbage, the only losers are Australia, and its soul.

Without our humanity, soul and a future we don’t have much left to strive for.

If one accepts incompetence in politics of all persuasions as a given, this creates a serious dilemma when it comes to the ballot-box.

However, I’m also a proud ‘liberal’ and ‘progressive’, which provides an additional significant assessment criteria. I consider progress as inherent a human trait as breathing, and see human history as indisputable proof of that assertion.

I also agree with Umair Haque, named one of the world’s top 50 thinkers, and author of Betterness: Economics for Humans and The New Capitalist Manifesto: Building a Disruptively Better Business, and consider ‘conservative politics’, and many of its staple economic and social policies, an abject experiment in failure:

There is an old adage that seems apt in the circumstances:

The definition of insanity is doing the same thing over and over and expecting a different result.

As the major political parties either keep looking back yearning for times gone by, or are falling victim to the lowest common denominator of public whims, and are no strangers to whipping up some good old-fashioned public fear and hysteria themselves for political expediency, they represent ‘incompetent regress’.

Other parties, and some individuals in politics, acknowledge culture and society must continue to evolve, and accept scientific and expert input into their decision-making processes, for the best possible policy outcomes. On the assumption that, despite their good intentions, incompetence is a given in politics, they represent ‘incompetent progress’. Some of these individuals may even be a member of one of those parties of incompetent regress, but they represent hope and, in the long-run, may educate and inform others within their parties.

As the old saying goes, we get the politicians we deserve, but I believe we deserve much better than what we have right now, and have had for some time. But the only way we can get better is if we stop voting among party-lines with immediate, petty self-interest in mind. While self-interest is not necessarily a bad trait, and can be harnessed for the benefit of society, as François VI, Duc de La Rochefoucauld noted in Réflexions ou sentences et maximes morales in 1665:

If we want a better society, a truly stronger economy, and a healthy and viable planet, we must bring the incompetence of politics to an end. To do that, we need more than just empty platitudes from the public, our business leaders, and the political elites alike.

We need to send a message to our leaders on the importance of developing a long-term vision, beyond the electoral cycle and three-word slogans, improving the economy, our society and the world around us, and that achieving these goals should not come at the expense of the least fortunate members of our society.