The day before the historic judgment handed down by the Supreme Court of the United States affirming the constitutional right to marriage equality in America, they released a video that’s fast becoming a viral sensation.

But not for the reasons Catholic Vote was hoping for, because their message of ‘Christian victimhood’ is being universally rejected as a ludicrous assertion.

The video clumsily attempts to appropriate the feelings and language of isolation and fear some people may feel when contemplating coming out as gay. The video is a desperate and thinly veiled attempt to present Christians as the victims of … equality and social progress. It attempts to argue that unless social equality and justice are subjugated to ‘religious freedom’ Christians will be subjected to persecution. This whole ‘not allowing us to oppress another group of humans oppresses us’ nonsense is intellectually bankrupt and getting a little old and tired.

Shot in black and white for maximum emotional effect, and slickly edited, this short video is a minor monument to bigotry, and another spectacular failure in humanity on behalf of the Catholics involved.

The last time I checked the video it had 35,000 dislikes versus 2,000 likes. Hopefully, that will be an informative message for all who were involved in making and producing this video.

But certainly in dwindling numbers. Why? Because human society evolves … continuously. It always has. It always will. Full stop.

I suspect if YouTube was around back in the days of The Inquisition or witch burnings, there would have been a small group of ‘good Christians’ posting a video just like this. Lamenting the fact their peers and society had moved on from torturing non-believers and burning ‘witches’ alive for the ‘glory of god’, and how their feelings were being hurt by their fellow humans not understanding their longing for torturing non-believers and burning witches …

It’s never easy being left behind. It hurts. But it’s not as if there were no attempts to educate and enlighten. You can’t expect an entire society to be held back because of your ‘discomfort’ with social progress. There is also an onus on you to utilise your intellect to educate and advance yourself, and be part of society.

Nevertheless, polls show, both in Australia and in the United States, that a majority of Catholics now accept gay relationships, support marriage equality and have been able to reconcile their faith with this particular aspect of social progress.

The unspoken truth is this: in the 21st century, and beyond, humanity cannot be expected to live by the selective use of a ‘moral code’ captured in a text that reflects the morality and understanding of men who lived close to two millenniums ago. Selective use is already necessitated by the unsophisticated concepts surrounding controversial subjects such as incest, rape, the role of women, slavery (and even dietary and clothing restrictions). Much of that conduct is in breach of modern moral and criminal codes. Even a majority of Catholics accept this and they are rejecting the assertion that the text should be applied literally. They also question many of the interpretations of the Church in increasing numbers.

The other unspoken truth is this: the right of an individual human being to dignity, to be who they are, to live free from discrimination will always override purely conceptual rights attaching to a ‘belief’ and the free exercise of that belief. ‘Belief rights’ can never be absolute. When those rights conflict, your right to ‘believe’ becomes secondary to human dignity. 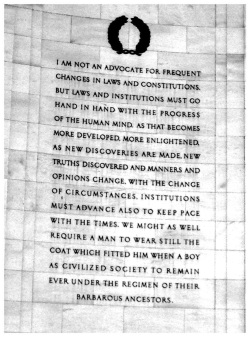 We are often afraid to say this out loud because the concept of ‘religious freedom’ has attained a level of historical and societal reverence that, for a long time, made it impervious to challenge, despite the shocking abuses it facilitated in the past.

We are all born human; but we are not born with ‘beliefs’. We are born as blank intellectual slates – to be educated and taught.

If you choose to teach bigotry, hate and discrimination to your child, sadly and incredulously, that type of child abuse is a right afforded to you by society. However, doing so is a conscious denial of your human intellect and capacity for greatness and it is truly a lifestyle choice that must have boundaries. Especially when you attempt to use those beliefs as a weapon against other people’s dignity and inalienable personal freedoms.

Consequently, the protection of our inherent biological characteristics, that cause harm to no other, such as age, disability, gender, race, sex, sexual orientation and gender identity must always have priority over the protection of beliefs and faith. Especially so when religious institutions ‘instruct’ their followers to denigrate, exclude and abuse a group of their fellow human beings on the basis of who and what they are.

And that’s why I prefer the parody of the ‘Not Alone’ video:

And why can’t I simply ignore messages such as the one peddled by Catholic Vote? Why must I respond and reject such messages loudly and unequivocally?

To help amazing young gay kids like this boy, featured by Humans of New York, know there is nothing wrong with them and they are, and will always be, liked and their future is bright …