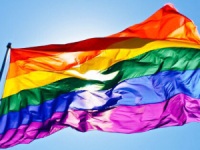 The world is facing the worst refugee crisis since the end of World War II. Refugees suffer in makeshift camps, under horrific conditions all over the third world. Women and children are particularly vulnerable under such conditions.

However, there is another minority group that’s disproportionately affected by the global unrest, and religious persecution generally. The LGBTI community.

In many countries of Africa and the Middle East LGBTI citizens are brazenly persecuted and killed with impunity. In many of these nations separation of State and religion is either non-existent, or poorly developed. Regardless of whether Christianity or Islam is prevalent in these cultures, the LGBTI community is persecuted equally by both faiths.

According to ORAM International, the only international organisation devoted solely to advocating for LGBTI refugees,  around 175 million LGBTI people live in countries where the LGBTI community is actively persecuted. Their 2012 report, ‘Opening Doors’, indicates only a handful of these people are able to flee, with about 5,000 a year applying for asylum. Even fewer, about half of those who formally apply, are granted refugee status per year worldwide, on the basis of sexual orientation or gender identity.

Little wonder gay men and women flee nations where their mere existence is considered an affront by governments and citizens, who often take it upon themselves to hunt down and ‘punish’ homosexuals, often in the form of public lynching.

The Syrian conflict has been particularly tragic for the LGBTI community, where rape and vicious murder is now part of daily life for gay men, due to the religious fanaticism now inherent in that conflict.

Yet, gay men and women face special, often downright cruel, obstacles to be considered refugees, even in circumstances when homosexuality is punishable by prison or death were they come from.

Thankfully a subsequent decision of the High Court of Australia in S395/2002 v Minister for Immigration and Multicultural Affairs [2003] HCA 71, dealing with the case of two gay Bangladeshi men, explicitly rejected  the ‘discretionary’ option.

However, since the implementation of offshore processing of asylum seekers by Australia, the situation for gay asylum seekers went from bad to worse. This is because we now ship gay asylum seekers to a country, Papua New Guinea, where homosexuality is illegal. This is not particularly as shocking as one might think, considering that this is a nation where people still burn witches from time-to-time. Imagine being a gay asylum seeker, fleeing an oppressive regime hoping for a better life in Australia, only to be forced to claim asylum from, and be settled in, another country where homosexuality is illegal. There have already been reports of at least one gay man being raped at the Manus Island detention centre, but he fears going to the police because he has been told he will be jailed for being homosexual. Other gay detainees report regular sexual harassment and assaults.

Australia is not the only place where gay refugees face significant difficulties. Often the process of seeking asylum on the basis of sexual orientation itself leads to further debasement, embarrassment and psychological trauma. For example, there have been multiple horror stories of gay and lesbian asylum seekers in the United Kingdom:

In the context of the above, it was refreshing to see a major Australian law firm K&L Gates teaming up with Kaleidoscope Australia to launch a new global Best Practice Guide for processing LGBTI refugee applications. Kaleidoscope is a not-for-profit organisation inspired by, and working alongside, the Kaleidoscope Trust in London, lobbying the government to uphold LGBTI rights in foreign policy.

The Guide is designed  to inform refugee assessors and organisations acting for LGBTI refugees who are claiming refugee status on the basis of persecution because of sexual orientation or gender identity. Andrew Mansour of K&L Gates noted:

At present, applications for refugee status on the grounds of sexual orientation or gender identity have a very low success rate. This guide hopes to improve that by educating the assessors and those people representing such people to the nuances of such applications.
We know that these sorts of applicants, that is LGBTI asylum seekers, are probably the most vulnerable of refugee applicants because their situation isn’t easily understood. And what the guide hopes to do is to ensure that their applications are treated appropriately and their positions are fully understood.