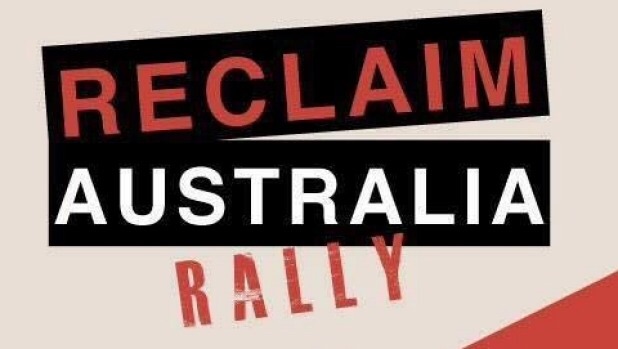 The Reclaim Australia movement is an embarrassment to the nation

Last weekend we have seen the latest series of ‘Reclaim Australia‘ rallies.

These rallies are an embarrassment to Australia and it is not helpful when even a government MP insists on addressing our neo-Nazis. And make no mistake, at the heart of the ‘Reclaim Australia’ movement you will find Australia’s far-right neo-Nazis and religious extremists.

Seeing the swastika making an appearance at the Melbourne ‘Reclaim Australia’ rally left me feeling somewhere between anger and bitter disappointment about the state of Australian politics and public discourse. It didn’t help my disappointment that while anti-racism protesters were capsicum sprayed by Victoria Police, it appears at least one far-right protester was given a warm welcome by a member of Victoria Police. 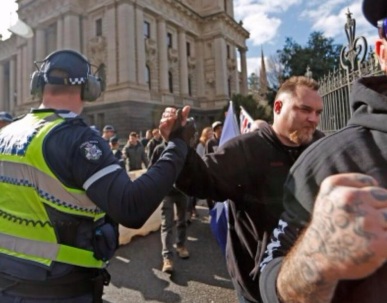 I was shocked and disheartened by the contrast between these images. It was also disappointing to see the clashes between participants at the ‘Reclaim Australia’ rally, and anti-racism protesters.

I am no fan of religious extremism, whether Christian, Islamic or otherwise. I am no fan of religion. Full stop. However, I cannot abide by the demonisation of an entire migrant community over the actions of a fringe element, by a group of people who are extremists themselves, and whose intellectual integrity is non-existent.

I read the list of items ‘Reclaim Australia’ purports to ‘reclaim’ and I am perplexed by their manifesto seeped in a strange mix of paranoia, grandiosity and confusion. I won’t comment on every issue they raise, but here are my selected highlights.

For example, they insist on ‘equality at law’ – I would love to hear their views on the equality of LGBTI people, including marriage equality, one of the main equality at law questions at the moment. I suspect that’s not the kind of ‘equality’ they have in mind.

They claim ‘the right to hold opinions without interference’. I am not sure what they mean by ‘interference’, but I would think they would be assured on this point by our very own Attorney-General who made it clear Australians have a right to be bigots. From what I can see they exercise that right often and freely.

They also call for an end to ‘all forms of radicalisation within our shores until it stops’ … without irony. At a time when Nick Kaldas, the Deputy Commissioner of the NSW Police Force, identified far-right extremists and their rallies ‘which encourage divisive notions of us and them’ as one of the biggest challenges facing police.

And there is the halal certification brouhaha, whereby they’re convinced such certification fees finance terrorism, despite evidence to the contrary, and insist the practice is ‘discriminatory’. I already noted above I care little for religion, and I hold the same view about various religious certifications. However, as long as they hurt no one, I consider the subject none of my business.

They go on to demand the separation of State and religion. With a straight face, especially considering the participation of right-wing Christian zealots in the movement, some with the ultimate desire to establish a Christian nation in Australia.

In a favourite topic of right-wing extremists worldwide, they also take issue with our participation in the UN, seeing the international body as another ‘threat’ to our sovereignty.

These views, coupled with the standard of behaviour exhibited at the various rallies around the country, left me feeling deeply embarrassed and troubled. 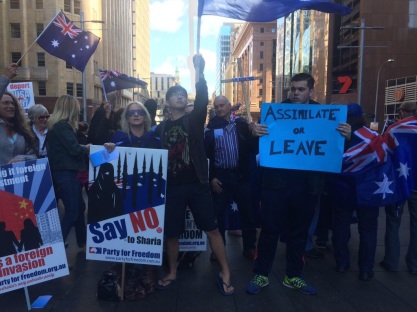 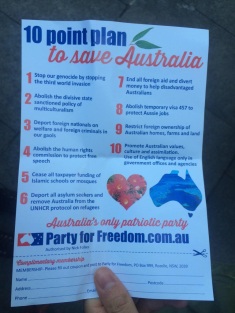 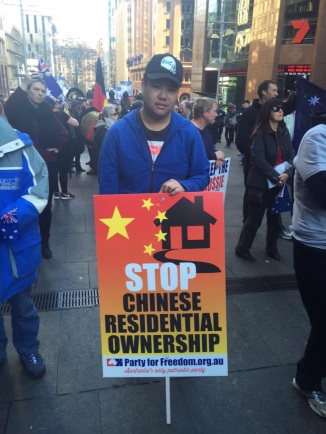 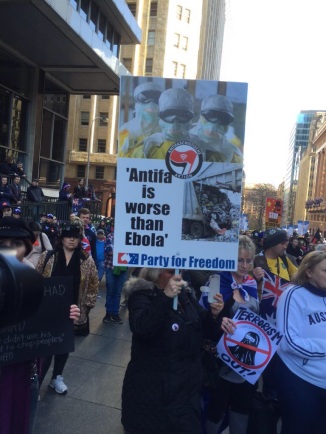 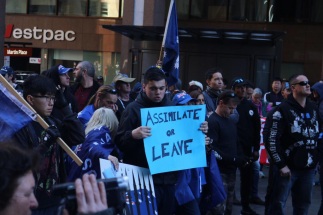 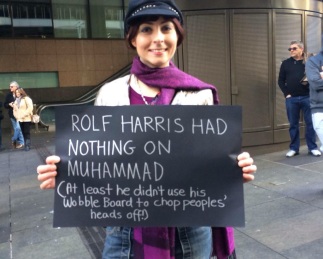 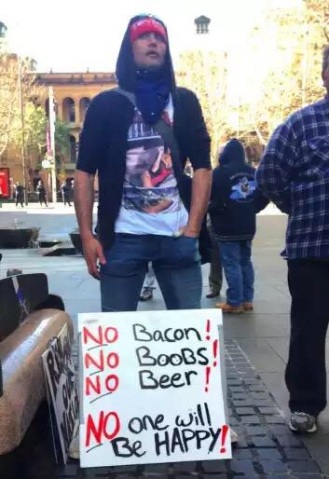 Few things tests our liberal democratic principles, including freedom of speech and the freedom to assemble, more than neo-Nazis and other far-right and extremist organisations. Although there are some ‘absolute rights,’ freedom of speech is a right that must arguably have some limitations, even in a liberal, democratic society. I explored my views on this subject in the past, and I continue to test my boundaries.

I believe informed debates must be protected, even encouraged. The discussion of ideas and concepts, and the ability to challenge the status quo, without fear is fundamental to our social progress. However, any speech that calls for, incites, or supports physical violence, or reasonable fear of physical violence, especially in response to someone else exercising their right of free speech, is unacceptable. Such speech is inherently antithetical to the very concept of freedom of speech.

Whether speech infused with bigotry, hatred and prejudice, such as homophobia, misogyny or racism (but falling short of calling for, inciting, or supporting physical violence, or reasonable fear of physical violence) should be allowed is a vexed issue.

I stand for ‘informed debates’ on issues, and I would argue that ignorant and uninformed bigotry, hatred and prejudice by their nature lack the ‘informed’ component, and add nothing of value to discussions, and society.

Racism is like a cockroach of civilised society. It is vile, revolting, and it breeds prodigiously. Few things appear capable of eradicating it. It seems always to return, no matter what we do to stamp it out.
We must stamp on the cockroach of racism, Tim Soutphommasane, Australian academic, political philosopher, social commentator, writer and columnist, and Race Discrimination Commissioner, Australian Human Rights Commission (8 April 2013)

Sadly, people seem to have forgotten the last time we denied the existence of racism in our society, allowed it to fester, and right-wing politics and some conservative media arguably even flirted with fanning its flames for political gain, we ended up with the Cronulla Riots.

In a civilised society the Cronulla race riots were an unacceptable turn of events. We must ensure that the type of charged climate which facilitated the Cronulla Riots is never allowed to be recreated in Australia, ever again.

But for that we would need political leadership that emphasises social cohesion, rather than politicians trying to ‘divide and conquer’ … so don’t hold your breath.