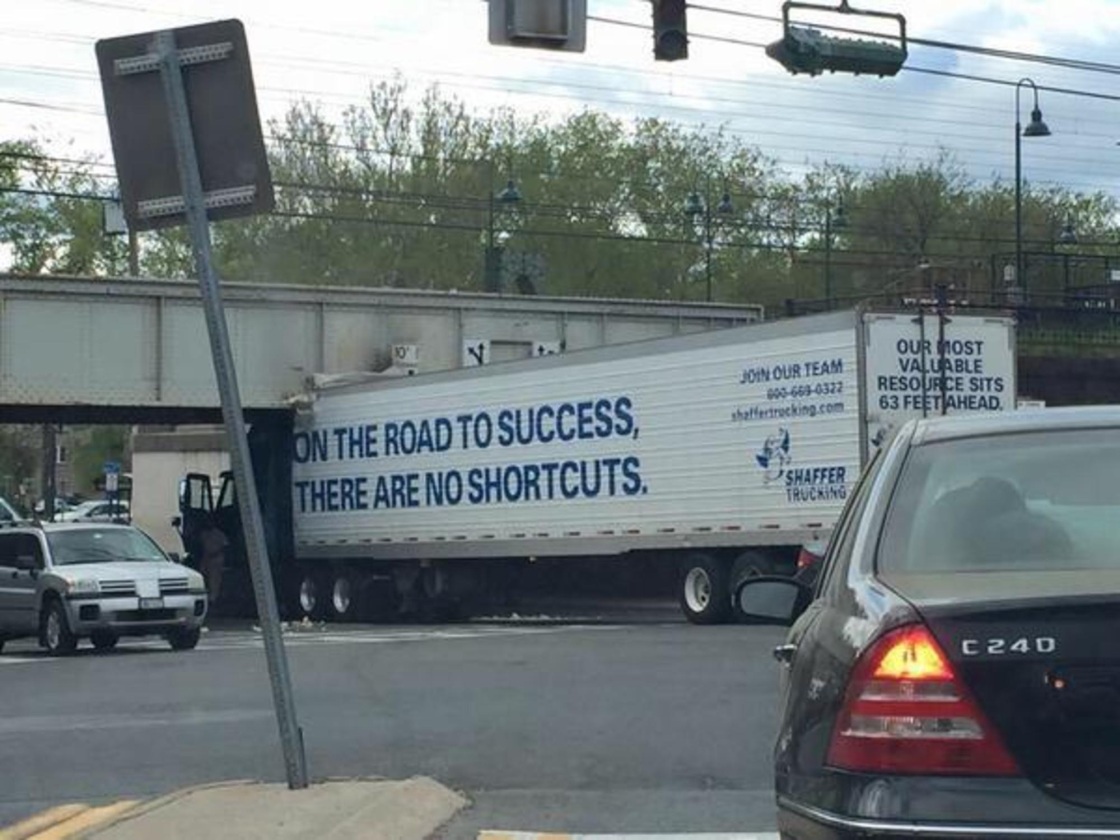 ‘An incompetent and chaotic government’

In opposition Tony Abbott revelled in the leadership conflicts of the government of the day, and endlessly asserting the Labor governments that preceded him were chaotic, and directionless:

Sadly, for Tony Abbott the government he now leads is fast becoming known as the worst government in Australia’s history. Tony Abbott himself is seen as a man out of his time, and fast running out of time …

What a difference two short years make. I have already called it on the Coalition government two weeks ago, but since then Tony Abbott continued to lurch from crisis to crisis, continuing to lead a government characterised by colossal failures that makes the previous Labor governments, they derided in opposition, look pretty good and functional by comparison.

[This is] an incompetent and chaotic government which just gets worse and worse with each passing day, let alone each passing day.
Tony Abbott quoted on the Labor government in ‘Abbott calls motion of no confidence’ (news.com.au, 21 March 2013)

Earlier this week the latest poll delivered the 167th rebuff to Tony Abbott’s government. The poll showed, for the 167th time since they were elected just two years ago, that if an election was held this week they would lose government. Let us consider why that may be.

To make things worse, the government’s greenhouse emission targets announced earlier this month are trailing most of the developed world, potentially leaving Australia not just as an international pariah, but also on a self-inflicted back-foot when it comes to its future prosperity.

Tony Abbott’s love for coal played out again recently on the national stage with the approval of the $16.5 billion Carmichael mine planned for the Galilee Basin of Queensland, and his subsequent reaction to the Federal Court of Australia issuing a consent order overturning that approval. The court’s order set aside the approval because it was alleged the Federal Environment Minister, Greg Hunt, had not properly considered advice about certain endangered species that would be affected by the mine.

The government’s reaction to the court’s order, especially considering it was a consent order agreed to by the Commonwealth, was curious at best. Tony Abbott called it ‘sabotage’:

If a vital national project can be endlessly delayed, if the courts can be turned into a means of sabotaging projects which are striving to meet the highest environmental standards, then we have a real problem as a nation.

The comments were deemed so outrageous, the NSW Bar Association felt the need to formally respond:

PM's comments on Carmichael mine show a lack of understanding of the role of the courts in our democracyhttp://t.co/9vZlutw9Jm #auspol

In a blatantly ideological stance the Coalition government now plans to amend laws to prevent environmental activists being able to bring future challenges, while it humours and encourages anti-wind farm activists.

The direction taken by Tony Abbott on the environment and the climate is increasingly out of touch with the Australian public, and the international community, but he appears to be locked into an ideological loop on the subject which he can’t break.

The Royal Commission into Trade Union Governance and Corruption was established by the Coalition government in 2014, and was always considered by many as a conservative ideological attack on the unions.

John Dyson Heydon AC QC, former High Court judge, was appointed Commissioner, hand picked by Tony Abbott. Mr Heydon was known as a ‘conservative judge’ and he had spoken out against what he termed ‘judicial activism’. These views, made public while a judge of the NSW Court of Appeal, were described by contemporaneous commentators as a ‘job application’ for appointment to the High Court in 2003 by the government of conservative Prime Minister John Howard, an ideological hero of Tony Abbott.

Earlier this month serious concerns arose in respect of the independence of Mr Heydon, after revelations emerged he agreed to be guest speaker at a Liberal Party fundraiser. Later it was also revealed he was a member of the panel in the 1980s which awarded a young Tony Abbott a coveted and highly prestigious Rhodes Scholarship.

Mr Heydon later announced he would no longer deliver his speech at the function, but by then the political damage to the Royal Commission and Mr Heydon has been done, and the unions wasted no time to capitalise on the issue.

What has been revealed to date about the connections between Mr Heydon, Tony Abbott and the Liberal Party, creates an uncomfortable perception of conflict. Mr Heydon is risking his reputation and legacy as a distinguished legal scholar by refusing to step down.

This issue yet again brings Tony Abbott’s judgment into serious question, given Mr Heydon was his ‘captain’s pick’ for Commissioner.

I support increased accountability for unions and union officials, and I don’t see an issue with setting that accountability at the same level as company directors. However, this needs to be achieved in a consultative, mature, measured and bipartisan fashion. And while we are at it, perhaps we should apply the same level of accountability to our politicians …

Nevertheless, the recent rejection of the Fair Work (Registered Organisations) Amendment Bill by the Senate exemplified the inability of the Coalition government to execute a reasonable and sensible reform agenda.

Tony Abbott’s manoeuvring to stack the Coalition party room with members of the National Party to achieve his desired outcome of defeating a conscience vote on marriage equality came at a high political price.

His actions on marriage equality have deepened the existing rift within the frontbench of the Liberal Party.

Tony Abbott flying by the seat of his pants on marriage equality, in a desperate attempt to prevent it from being voted on in Parliament, didn’t just cause anger and confusion within his own party, but also in the wider community.

His actions were also an affront to our secular, parliamentary democracy.

It doesn’t help the Coalition government was just delivered the 167th poll in just two years showing that if an election was held, it would lose government … spectacularly. On the current numbers pollsters estimate as many as 36 seats currently held by the Coalition would be lost, handing a comfortable victory, and majority government, to Labor.

Admittedly, polls come and go, and the only poll that really matters is the election. But, the consistent disapproval expressed by the electorate through these polls over the past two years cannot and shouldn’t be dismissed lightly by Tony Abbott and the Liberal Party.

It is clear many members of the Liberal Party are paying attention to those polls, and the dissatisfaction is boiling over both on the backbench, and in cabinet.

A number of backbenchers also openly defied the Prime Minister on the subject by announcing they are prepared to cross the floor on the issue.

No wonder Tony Abbott reportedly felt compelled to read the ‘riot act’ again. His copy must be well worn by now, but it’s also a sign he no longer commands the respect of his party.

Member for Gilmore, Ann Sudmalis, reportedly berated ministers for their recent behaviour. Ironically her main concern was the possibility of backbenchers losing their seats at the next election – not how much her party is out of touch with Australia and its core values.

I will finish on a lighter note which, although amusing, is indicative of the hubris of this government.

Following the defeat of the conscience vote for marriage equality in the Coalition party room, GetUp!, a grassroots political activist group, sent so-called ‘glitter bombs‘ to each Coalition member in protest. A ‘glitter bomb’ is effectively a letter that contains … glitter.

Ninety-nine of these letters were sent. Each letter was sent in registered Australia Post bags with GetUp! marked as the sender.

Ninety-eight letters were received without incident.

Not the one sent to Craig Laundy. Upon receiving the letter filled with glitter, his office initiated a full emergency response. I can’t know or understand the thinking behind this response, but stupidity or publicity-seeking comes to mind. Either way, the overreaction has spectacularly backfired judging by the responses from the public.

Clearly the only solution to deal with such vile acts of terrorism is for the government to make the sending of letters filled with glitter a criminal offence, punishable by prison, and perhaps the loss of citizenship, and by adding a fifth level to the National Terrorism Public Alert System: ‘Fabulous!’ …

This list of recent political disasters comes on top of two years of incompetence, ranging from our appalling treatment of asylum seekers to the war on the ABC, the socially inequitable budgets, and the failure to deliver the key election promise of a parental leave scheme, but delivering a knighthood to Prince Phillip, topped off by the now infamous travel entitlement rort saga.

And all that is barely scratching the surface of the incompetence we have seen from this Coalition government.

Related stories
• #IStandWithGillianTriggs
• The incompetence of politics
• Politics, paid parental leave and migraines
• #IStillStandWithGillianTriggs
• When the ends justify the means …
• ‘Worst refugee crisis since World War II’
• The ABC is a public broadcaster, not a state broadcaster
• A right royal freedom of speech confusion
• The age of entitlement is not over for all
• I am calling it on Tony Abbott’s government
• Is it time for performance based pay for politicians?
• The assault on penalty rates is an assault on our values

In the words of Tony Abbott himself, ‘[this is] an incompetent and chaotic government which just gets worse and worse with each passing day, let alone each passing day.’

It’s time someone read the ‘riot act’ to Tony Abbott.