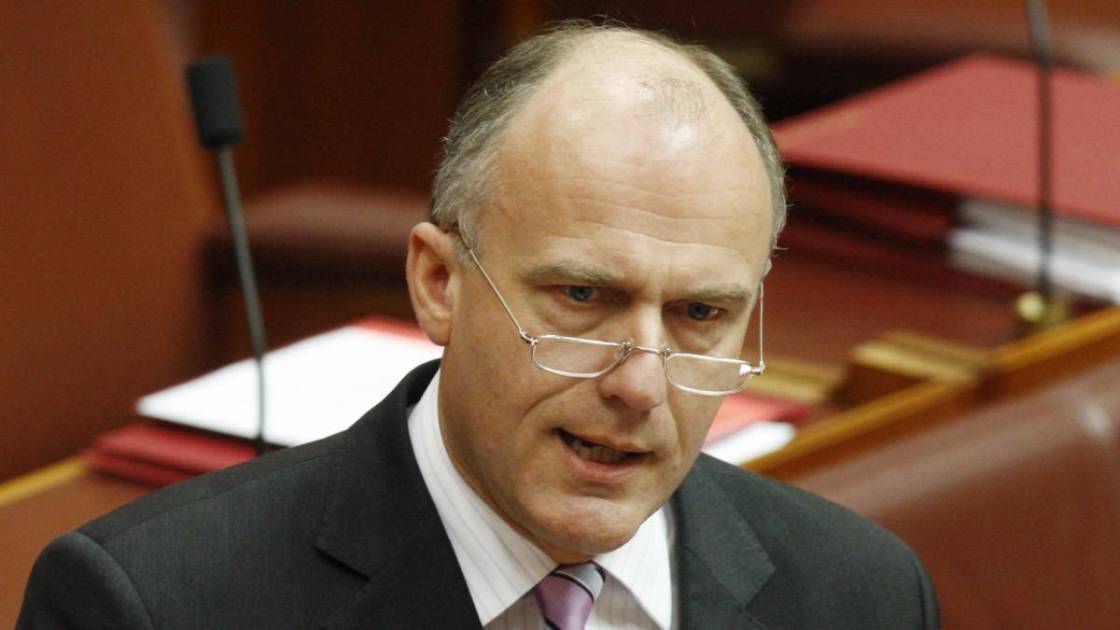 Politics is an inherently public arena with the media always ready to pounce on the slightest of mistakes – it comes with the territory, and the 24/7 news-cycle. Admittedly, the media is not always the best arbiter of political judgment and can lose the plot and fall captive to public hysteria from time to time.

But, every politician is in a position of great responsibility, dependant on maintaining the public trust, and accountable to the people.

Sadly, not all politicians are made equal. Some are very good at what they do; others suffer from perennial foot-in-mouth disease.

When it comes to this disease the Coalition seems to suffer more than its fair share of occurrences, and the Senate appears to be particularly afflicted. Some of our politicians spew out ignorance, bigotry, homophobia, misogyny, racism and random stupidity like a pro.

The Coalition’s hall of fame

It would be difficult to capture every bigoted, homophobic, misogynist or racist faux pas ever committed by a member of the Coalition, so I will focus on some of the more memorable foot-in-mouth incidents.

Tony Abbott, our venerable ex-Prime Minister and Rhodes Scholar, who apparently now charges over $40,000 on the international speakers circuit, but who could barely string a sentence together while in office, unless the sentence involved ‘death cult,’ or ‘stop the boats,’ must receive an honourable mention.

While visiting our troops in Afghanistan when Opposition Leader, and discussing the death of an Aussie digger, Mr Abbott quipped ‘shit happens.’ When he was pulled up on his comment by the media he entered a strange trance-like, non-communicative state.

Women and their ironing

While on the election trail Mr Abbott wanted the women of Australia to know the great things he would do for them while they were doing the … ironing.

Joe Hockey was a spectacular failure as Treasurer in Mr Abbott’s Coalition government, and he failed to endear himself with the common people. You may ask why …

Well, Mr Hockey defended his budget’s approach to increasing the fuel excise by asserting poor people don’t have cars or, if they do, they don’t drive very far. No one knows where he got his information, but no one appreciated his blatantly unrealistic views about the lives of socioeconomically disadvantaged Australians.

This was more of a cigar-in-mouth than a foot-in-mouth incident, but equally misguided. After handing down his much maligned, and widely seen as socially inequitable, budget, Mr Hockey was caught enjoying a cigar with his chum, Finance Minister Mathias Cormann in the courtyard of Parliament. Joe Hockey – the champion of the common people. 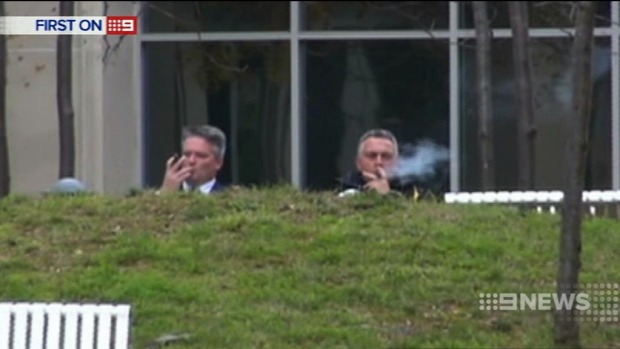 Senator Bill Heffernan is the Coalition’s veteran homophobic bigot. He was the go to right-wing religious mouth piece of the John Howard Coalition government.

He is most famous for trying to bring down one of Australia’s leading jurists, Michael Kirby, who was a judge of the High Court of Australia at the time.

In 2002, under parliamentary privilege, Mr Heffernan accused Justice Kirby of using Commonwealth cars to procure the services of rent boys, with fabricated evidence.

Justice Kirby’s only ‘crime’ was that he was an out and proud gay man, who reached the pinnacle of the legal profession, to the dismay of right-wing conservatives.

The allegations collapsed in a spectacular fashion, but Mr Heffernan, protected by the Coalition, survived and remained a Senator.

You think Mr Heffernan would have learned a lesson from the Kirby fiasco, but it appears that may not be the case.

Earlier this week he resurfaced with allegations that he has in his possession a ‘secret list’ containing the names of high-profile alleged paedophiles, including an ex-Prime Minister.

He again made these accusation under parliamentary privilege. If true, this would be a shocking revelation and one that needs to be brought before the relevant authorities. However, Mr Heffernan’s track record disentitles him of the benefit of doubt until the alleged evidence has been tested.

Senator Cory Bernardi is the spiritual successor of Mr Heffernan, and the current leading homophobic bigot of the Senate. His repertoire is legendary and it would be impossible to list all his foot-in-mouth moments.

And that brings me to my most recent repeat inductee, Eric Abetz, another Coalition Senator.

While appearing on Channel 10’s The Project, talking to panellist Mia Freedman, Mr Abetz insisted there is a credible link between abortion and breast cancer, contrary to settled medical science. He later denied making that assertion.

Freedman: What about the fact that one of the speakers at this conference promotes the factually incorrect statement that abortion leads to breast cancer. Do you believe that?

Abetz: I think the studies, and I think they date back from the 1950s, assert that there is a link between abortion and breast cancer.

Freedman: It is conclusively and scientifically incorrect in the same way that linking immunisations and autism are incorrect. So when this scientific non-information is being put out there, how can you be comfortable being part of something that promotes this non-science?

Abetz: Well I don’t know what your scientific expertise is to be able to run that commentary, I must confess I don’t have that …

Abetz: Well there are other organisations that have differing views as some of these speakers are clinical professors …

As you may have guessed, Mr Abetz is not a fan of same-sex marriage either and holds a few interesting opinions on the subject and survives in a perpetual state of ‘ambush’ by supporters of marriage equality within his own party.

Mr Abetz took his fight against marriage equality to a whole new level in a radio interview earlier this week, in which he also dropped the word ‘negro’ when talking about Justice Clarence Thomas of the Supreme Court of the United States:

“Those sorts of analogies are quite offensive and that sort of analogy was completely debunked by Justice Clarence Thomas, the negro American on the Supreme Court of the United States dealing with this issue, who dissented on the issue of marriage as well.”

He done this in response to a question whether a baker refusing to provide a cake for a same-sex wedding is comparable to denying a wedding cake to an Asian couple on the basis of race. Mr Abetz also overlooked that Justice Thomas was in the minority and overrules when the majority of Supreme Court of the United States (SCOTUS) rejected those type of arguments against marriage equality, and held same-sex marriage a constitutional right in the US.

And it’s not just the majority of SCOTUS judges who disagree with Justice Thomas’ position:

Mr Abetz later tried to defend his use of the word by reference to Martin Luther King, Jr. Frankly, I am gobsmacked … Trust a senior member of the Coalition to bring together homophobia and casual racism with such ‘ease.’

You may draw your own conclusion on the state of the Coalition, but I would assert something is rotten to the bigoted, homophobic, misogynist and racist core of our government when it comes to human rights, equality, social justice and social progress.