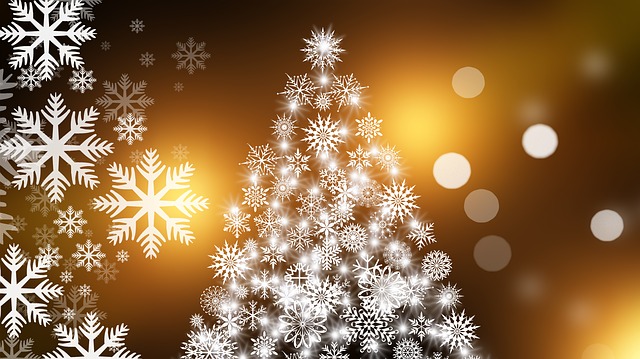 The unfortunate stench of desperation

I am not taking any delight in feeling the need to discuss issues arising from the behaviour of some Western Christians … yet again. It’s on the record that I approach life from an atheist perspective. At the same time I continue to respect the right of religious people, including Christians, to observe their faith.

However, in a 21st century secular society some limitations will have to be accepted by Christians. I understand this is difficult for some Christians to process, especially in light of a long line of privileges that have been historically bestowed upon them, some of which are now being challenged by an evolving, modern and increasingly secular society. For example:

Anchoring yourself to a ‘holy text’ reflecting the morality and intellect of ancient humanity is a personal lifestyle choice, and you have no right to force those values on our modern, secular society.

There are very good reasons why many of the ‘social norms’ espoused by ‘holy texts’ are now considered immoral, and even illegal. To try to hold a 21st century humanity hostage to selective, literal interpretations of such texts, misinterpreted and misrepresented over millennias by a collection of well-meaning fools, self-serving frauds and criminal charlatans, is an intellectual crime against humanity.

It’s not that god’s authority over humanity ended. Such authority never existed.

There is no such thing as ‘god’s law’, and never has been. There were only ever the ‘laws of man’. Laws established and modified in accordance with the parameters of evolving and prevailing cultural and social norms, and the intellectual development of societies.

A secular society does not imply religious persecution, and many people of faith also accept and agree that our government, political system and public service are best separated from the churches, and organised religion.

A secular society doesn’t mean that politicians and public servants can’t be people of faith – but it does mean that while they are acting as representatives of the people and agents of the secular state, their faith must come second to respecting the constitution, laws and social norms of our secular democratic state, especially when their religious teachings conflict with those laws or social norms.

Only public policy and laws guided by common decency, human dignity and fairness, and informed by proven observable facts, and social and scientific theories, will be good public policy and law. Such policies will arguably always satisfy the fundamental principles of all religious beliefs, without importing the uninformed bigotry and prejudices developed and retained by their institutions over the centuries.

The ‘war on Christmas’

This year’s festivities were kicked off early by Joshua Feuerstein, a gun-toting social media evangelical Christian, who insists Starbucks’ new Christmas coffee cups are designed to ‘take Christ and Christmas off of their brand new cups, that’s why they are just plain red.’

You may remember Mr Feuerstein from his other recent Christian social media publicity stunt in which he responded to a father who didn’t see a problem with his young son picking up a Little Mermaid doll at the toy store, with a YouTube video in which he swears, waves a gun around while holding his young children and then puts an (unloaded) gun in his young son’s hands and encourages him to pull the trigger.

Of course, this is just the latest skirmish in the long-running lunacy that’s the ‘war on Christmas,’ which comes with the sad stench of desperation.

The reality is that Christmas has a complex history, even in Christianity.

For example, one of the most significant symbols of Christmas, the Christmas tree, is a tradition started in 17th century Germany, derived from the old pagan practice of bringing greenery indoors to decorate in midwinter, and Santa Claus is also a descendent from old pagan concepts of spirits who traveled the sky during the winter.

There was a time when even Christians weren’t so keen on Christmas, and it took hundreds of years for the pagan midwinter festivals to evolve into Christmas. Puritans initially rejected the idea and banned Christmas outright, considering it paganism.

Nevertheless, most people still love Christmas, because it is a wonderful opportunity to spend time with family and friends. In this increasingly fast-paced world of ours, Christmas is a few days of peace, quiet and tranquility which is enjoyed by most, regardless of religious affiliation.

Even a staunch atheist like me can have a Christmas tree up every year – in fact, to everyone’s amusement, this year it has been up for a couple of weeks already. There is nothing wrong with people enjoying this holiday unaffected by Christian belief and ‘disconnected’ from Jesus. Non-believers finding their own joy and meaning in the holiday season should not affect or diminish the enjoyment of the religious aspect of Christmas by Christians.

If it wasn’t for the incessant complaining by some misguided Christians about the ‘war on Christmas,’ perhaps we could all just enjoy this wonderful holiday in peace and quiet.

Keep Christ in Christmas? Can we put him back in Christianity first?

Mr Feuerstein didn’t end his Christian Christmas feud with Starbucks with the above video. He published another even more appealing video shortly afterwards, which he then promptly deleted after a few hundred views. I can’t imagine why …

Closer to home, marriage equality has become a drawn out war of attrition between a majority consisting of both religious and secular Australians and a religious extremist minority.

The latest salvo fired in this sad and tired war came from the conservative members of the Parliamentary Joint Committee on Human Rights which recently examined, among other things, a private member’s bill, the Marriage Legislation Amendment Bill 2015, designed to legalise marriage equality. The three Coalition Senators penned a dissenting view in which they suggest legalising marriage equality in Australia would breach human rights.

The Committee itself handed down a report overall supportive of the idea of marriage equality:

So far so good. But enter the conservative, religious grouches of the Committee, the Coalition Senators, who penned a 29 page dissenting report on the matter:

The Committee report makes a number of unsupported findings in regard to the Marriage Legislation Amendment Bill 2015 (the Bill). In particular it finds that the Bill is compatible with, and in some cases promotes, the rights engaged by the relevant human rights treaties. Such conclusions are not merely unsupported by a thorough understanding of the content of the international instruments and the judicial decisions made concerning them; they betray such a degree of ignorance of those instruments and decisions as to render the conclusions unreliable.
…
Accordingly, we do not agree with the Committee’s finding that the Bill be included in the committee’s report as a ‘Bill not raising human rights concerns.’

The report by the Parliamentary Joint Committee on Human Rights was a replay of another recent report issued by the Senate Legal and Constitutional Affairs References Committee, which rejected the idea of a plebiscite or referendum on marriage equality, with the majority recommending Parliament pass the required legislation as a matter of urgency, with conservative members of that Committee also dissenting and issuing their own report disagreeing with the majority recommendations of their own Committee.

These reports offer further evidence that there is a religious conservative minority that will never accept marriage equality. Therefore the only question that remains is, how long should a liberal, secular democracy keep the human rights of its LGBTI community suspended on the whim of an increasingly shrinking minority, whose views on the subject belong to another time?

In the meantime, as part of the United Nations Human Rights Universal Periodic Review of its commitment to human rights, Iceland, Ireland, the Netherlands, Spain and Sweden have openly called Australia out on falling behind its international peers when it comes to protecting the human rights of LGBTI people, due to its continued denial of marriage equality.

The hypocrisy of religious people in their ongoing homophobic persecution of homosexuality is mind-blowing. What’s even harder to understand is why society quietly acquiescing to their nonsense.

No, it’s not a breach of your human rights when a group of people who were denied their fundamental human rights, for a very long time, are afforded the same rights and protections you have always enjoyed. That’s social justice and progress, both as inherent in humanity as breathing – evidenced by … our entire human history.

Cultures, beliefs, opinions and religions are all mere constructs and temporal in nature. However, there is a constant: we are all born human.

People have rights, constructs do not.

If we choose to protect constructs, whether for cultural or social reasons, the ‘rights’ attaching to such construct should always be secondary to, and be trumped by, the right to equality and freedom from discrimination, hate and persecution based on one’s innate human characteristics, where such characteristics cause harm to no one.

And let’s face it, the only real harm that arises as a consequence of homosexuality is the harm inflicted on the LGBTI community by homophobia and societal exclusion and discrimination.

The great irony here is that the United Nations has been a big advocate for recognising equality for LGBTI people — to use the Charter of Human Rights to try and justify homophobia and bigotry is bizarre and insulting.
Senator Rob Simms