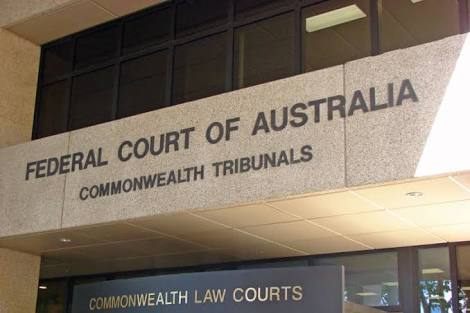 On Wednesday, the much touted copyright enforcement action by Dallas Buyers Club LLC in the Federal Court of Australia likely ended in major anticlimax … or humiliating defeat, or a huge relief. As to which, well that depends on your stake in the case.

If you are Dallas Buyers Club, I would suggest humiliating defeat.

If you are an iiNet customer who was one of the targets of the action, I suspect huge relief.

As a non-affected observer, I go with major anticlimax.

Back in August I suggested that comments made by Justice Perram were an indication that, baring a miraculous turnaround for the copyright owners, the end of the Dallas Buyers Club saga was nigh.

“This latest judgment is a major setback for Dallas Buyers Club, and it may bring an end to their pursuit of the alleged copyright infringers.”

The case was a misguided, and mismanaged, disaster from beginning to end. It wasted the court’s time and caused unnecessary stress for countless Australian internet users.

Admittedly, at least some of the internet users caught up in the saga have done wrong, and hopefully learned a valuable lesson. This time they were saved by the fact that Australia’s courts and litigation system are not as frivolous and speculative as in some other jurisdictions around the world.

On the other hand, Dallas Buyers Club hopefully also learned the lesson that you can’t litigate your way out of outdated business practices that are contrary to common sense and technological reality.

This latest judgment in the matter was precipitated by Dallas Buyers Club asking the court to lift an order made by Justice Perram earlier in the year which stayed a preliminary discovery order against various internet providers, requiring them to disclose the identity of a number of their users to Dallas Buyers Club.

Justice Perram had previously made it abundantly clear that he would not allow Dallas Buyers Club to engage in speculative legal demands against Australian internet users who were alleged to have illegally downloaded the movie using BitTorrent.

In August Justice Perram rejected the proposed draft letter and procedures Dallas Buyers Club submitted to the court, on the basis of two impermissible and untenable damages claims identified in the proposal.

The judge indicated that he would lift the stay only if Dallas Buyers Club:

Despite Justice Perram’s unequivocal position, Dallas Buyers Club applied to have the stay lifted without offering the relevant undertakings, and asking that the bond be reduced to $60,000.

In the course of his latest judgment, Justice Perram made it clear he would not permit Dallas Buyers Club to ‘revisit what was determined in the August Judgment unless I am satisfied that there has either been a material change in circumstances or new material has been discovered which could not reasonably have been put before the Court on the previous occasion.’

Accordingly, the judge rejected Dallas Buyers Club’s repeated arguments for licence fee damages and ‘punitive’ damages under section 115(4) of the Copyright Act 1968 (Cth), and its new submissions on electronic commercial infringement under subsections 115(5)-(8) of the Act.

He was similarly dismissive on the question of the bond:

It will follow from the above that I do not accept that DBC should be permitted to do anything beyond what I indicated in the August Judgment. Since that is not what it is proposing to do, I am not going to lift the stay. As a matter of logic this means that the question of whether I should permit a lower bond to be posted because DBC now only proposes to pursue the smaller class of iiNet customers does not arise.

A clearly displeased Justice Perram concluded the proceedings with a so-called self-executing order, whereby the proceedings will be automatically terminated on Thursday, 11 February 2016 at noon, unless Dallas Buyers Club takes some steps before then.

Judging by the tone of the judgment, any such steps would better be in line with Justice Perram’s conditions.

This leaves Dallas Buyers Club in the legal wilderness, and in a commercially untenable situation. Any further steps it takes will increase its legal costs, but it will never be able to recover anywhere remotely near the full costs of its litigative folly, and it is likely to end up significantly out-of-pocket as is.

To save face, it may continue to pursue the matter, but this would mean incurring further legal costs, while recovering what could only be described as a token amount of money, hardly the striking deterrent and exemplary punishment for copyright infringers it was hoping for …