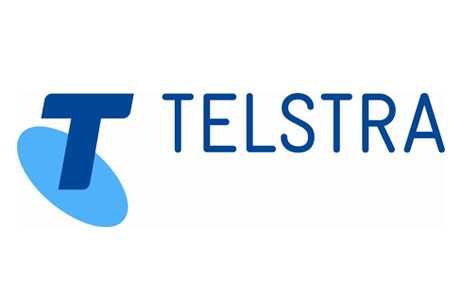 Did the Catholic Church exorcise Telstra’s support for marriage equality?

You may recall the letter sent out by the Sydney Archdiocese of the Catholic Church last year to Australian businesses, including Telstra, which signed up to the campaign launched by Australian Marriage Equality, in public support of marriage equality law reform.

The letter illustrated opponents of marriage equality have come to recognise the important role corporate support for equality and inclusion plays in the national discourse, and the evolution of our culture.

The letter was promptly made public at the time by a number of recipients, and was widely considered inappropriate, and hypocritical – it was effectively a thinly veiled warning to those businesses:

… the Catholic Archdiocese of Sydney is a significant user of goods and services from many corporations …
….
You are publicly supporting a strategic, political and well-funded campaign designed to pressure the Federal Government into changing the Marriage Act.
…
I wonder whether you have questioned whether it is the role of a corporation such as yours to be participating in such an important matter that impacts all of Australian society now and into the future.

For corporations to speak on such issues on behalf of shareholders, employees, clients/customers, suppliers and other stakeholders is indeed over stepping their purpose and is to be strongly resisted.
…

At the time I wondered ‘what responses these letters will elicit from corporate Australia, or Australian Catholics generally’? It would appear we are starting to get the answer to that question.

Curiously, it was The Australian who blew the whistle on Telstra with an article on 13 April titled ‘Catholic Church forces Telstra into same-sex marriage ad flip‘, suggesting Telstra had changed its position on marriage equality, under pressure from the Catholic Church:

“Telstra has the contracts for Catholic schools across the country and The Australian spoke with one person familiar with the company’s decision to back away from public support who said the telco ‘did not want to risk its commercial relationship with the church’.”

It should be noted Telstra has been a long-term supporter of LGBTI inclusion and equality and, to date, it has not asked Australian Marriage Equality to remove its logo from its webpage dedicated to corporate supporters of marriage equality.

Telstra responded to the resulting furore with a media release, trying to calm a growing social media backlash, but the clumsy release only added fuel to the fire …

Telstra has a long tradition of supporting diversity and inclusion.

Our position on the issue has not changed. We place great importance on diversity and standing against all forms of discrimination.

We also recognise this diversity means our employees, customers and shareholders will have a range of personal views on this topic.

What has changed is that the Government has indicated it will call a plebiscite on the issue and, ultimately, Parliament will decide the matter.

Our people and stakeholders can contribute to this process and out of respect, it is important we allow them to voice their own views.

Given this we have no further plans to be active in the debate.
Telstra statement on same sex marriage debate, 13 April 2016

You may wonder what on earth is wrong with that media release because, on the face of it, it may appear perfectly innocuous to a casual reader. Well, as is the case with most ‘controversial’ social issues, there are some significant symbolic linguistic nuances around the fight for LGBTI acceptance and inclusion, and marriage equality, which appear to have been ‘overlooked’ by those drafting, and signing off on, the release.

First, the LGBTI community has long referred to ‘marriage equality’ rather than ‘same-sex marriage’, to emphasise that the desire to partake in the institution of marriage is a matter of social equality, justice and unity.

Second, to describe ‘diversity’ in the context of marriage equality by referring to ‘a range of personal views’, which in the context appears to include bigotry and homophobia as valid and acceptable ‘views’, is an oxymoron, and a serious intellectual faux pas.

Finally, the mere reference to a ‘debate’ is in itself arguably offensive to the LGBTI community.

The ‘debate’ on marriage equality has been over for quite a long time, with the ‘arguments’ presented by those opposing it discredited by experts, scientists, and professional associations, and rejected by referendums, judiciaries and legislatures across the Western world.

There is no longer a genuine ‘debate of ideas’ on the issue. What we are experiencing is a war of attrition, with LGBTI equality, human rights, and social justice in the crosshairs, in which a diminishing, but vocal, extremist religious minority, clinging to a literal interpretation of ancient and dated dogmas of faith, is determined to deny equality, human rights, and social justice to their fellow Australians, by holding successive governments, the Australian public, and now leading corporations to ransom.

As the community continued to rage against Telstra, on 14 April, CEO Andrew Penn was forced to respond with a media release of his own:

Following yesterday’s marriage equality debate around Telstra, I want to be clear about Telstra’s perspective as our long track record in diversity and inclusion was generally overlooked.

We clearly need to make this simple statement: Telstra supports marriage equality as part of the great importance we place on diversity and standing against all forms of discrimination.

Equally we recognise there are many and varied views and if we are all truly accepting of diversity, there should be room made for all of them.

While Telstra continues to support Australian Marriage Equality and has not changed that position, we have made a decision not to publicly participate in the debate further. This is because the proposed plebiscite process gives everyone an opportunity to contribute and out of respect, it is important we allow them to voice their own views.

However, this position was interpreted by some as us abandoning our tradition of supporting diversity and inclusion, be it in the community or in our workplace. This could not be further from the truth.

There was a subtle change in the way Mr Penn’s media release was worded, referring to ‘marriage equality’ rather than ‘same sex marriage’.

However, he continued referring to a ‘debate’ and the need to ‘make room’ for the ‘varied views’ on the issue which again, by implication, appears to lend the same level of respect and weight to bigotry and homophobia as to those who oppose such ‘views’.

In the ‘culture wars’, as in corporate Australia generally, semantics matter, and Telstra’s professional public relations team and executives should have been aware of that.

The Australian fanned the flames of LGBTI discontent further by publishing a follow-up piece on 14 April, titled ‘Catholics summoned Telstra chief over same-sex ads‘, in which they revealed that:

“One of Australia’s leading businesswomen was summoned by the Archbishop of Sydney to explain why Telstra, the company she chaired at the time, was publicly supporting same-sex marriage.
…
When Ms Livingstone [Chairwoman of Telstra at the time] was called to the office of Sydney Archbishop Anthony Fisher about last October to justify the campaign, The Australian understands she explained the company’s position through the prism of needing to keep both markets on side.

Ms Livingstone and Archbishop Fisher, who know each other well through the Sydney Catholic Business Network which that he chairs, came to a compromise: Telstra would not retract its support from AME, where its logos still feature, but it would stop agitating for change to the act.”

These are some damning revelations which cast a long shadow over the reliability of corporate support not just for marriage equality, but for all equality, human rights, and social justice causes.

It is also an indication of how effective anti-marriage equality forces could be in the course of a drawn-out marriage equality plebiscite campaign, and a very real threat to the overwhelming public support that currently exists. 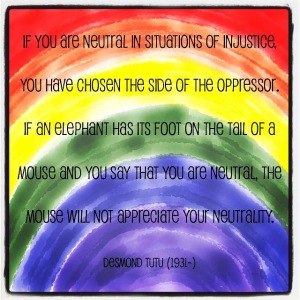 Throughout the course of this growing scandal Telstra refused to expressly deny the influence of the Catholic Church in their decision, despite being offered the opportunity to do so repeatedly. In light of the latest revelations by The Australian perhaps this is not surprising. The follow-up article was the journalistic equivalent of a mic drop.

These alleged maneuverings by the Catholic Church on marriage equality are a surprise to no one – the institution is a historic foe of the LGBTI community and has been hard at work both publicly and covertly to undermine the push for law reform. The Sydney Morning Herald reported today that the Catholic Church also directly lobbied two of Australia’s most prominent gay chief executives, Qantas Chief Executive Alan Joyce and SBS Chief Executive Michael Ebeid, to put an end to their companies’ support for marriage equality.

What’s truly regrettable about this story is that if Telstra, having done a lot of work to actively promote marriage equality and LGBTI inclusion in the past, decided on its own accord to wind back its public activities in the area just a little to focus on other areas of inequality and social injustice, or just on fixing their network which has been on the fritz lately, that would have been probably fine, and most likely no one would have noticed, and it wouldn’t have become a ‘story’.

But to cave on the issue to blackmail by a bigoted and homophobic religious institution as amoral and hypocritical as the Catholic Church, that’s just a combination of all kinds of sad and appalling.

Related stories:
• Freedom of religion does not include a right to make things up
• People are shocked to learn the Pope is a Catholic
• ‘Welcome’ Marriage Alliance
• When Catholic voices misfire
• Catholic Church ‘warns’ businesses over public support for marriage equality

And those awful, tactless Telstra PR statements about the ‘debate’ were just the worst – whoever signed off on those?!

The greatest irony here is that anyone upset by Telstra’s baffling decision has the choice of any other Australian telco, as they all support LGBTI inclusion and marriage equality – which begs the question: where was the Catholic Church going to take its business?!

As such I’m not angry or mad at Telstra, I’m just disappointed …

On 18 April, in an unexpected media release, CEO Andrew Penn revealed the reversal of Telstra’s recent decision to stop actively participating in the marriage equality debate.

I suspect it will take some time, and an affirmative, visible, and tangible plan of action by Telstra, for the damage caused by this unfortunate affair to be repaired.