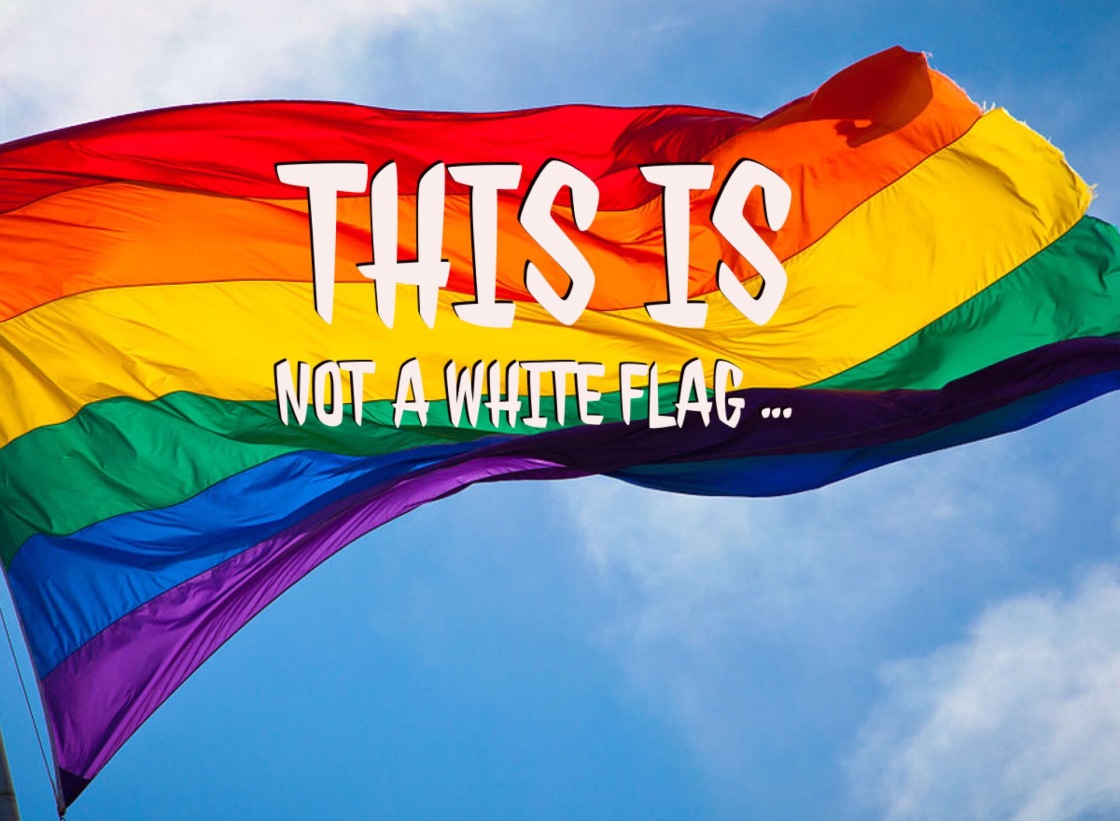 Thank you very much Australia … *

There you have it.

As things stand the Coalition had suffered a significant rebuke at the ballot box on Saturday. It’s exhausting to have been this spot on about Malcolm Turnbull’s fatal mistakes after the Coalition was given a new lease on life with the dumping of its much-maligned 1950s style leader Tony Abbott.

It remains to be seen whether the Coalition will be able to form a majority government, or whether it will be forced to cobble together something from a minority position. Looking at the latest numbers on the official Tally Room webpage of the Australian Electoral Commission, it looks unlikely that the Coalition could reach the 76 seats required in the House of Representatives to form government in its own right. Even the possibility of a minority government looks shaky on current numbers, with the Coalition leading in 67 seats, and only six seats remaining ‘undetermined’.

Either way, given the nature of the current political climate, Malcolm Turnbull’s leadership is now on extremely shaky ground. If he does remain leader, he will be even more captive to the right-wing reactionaries of the Coalition than ever before.

There will be a lot of uncertainties swirling around in coming days and weeks, and the fate of marriage equality in Australia may have just become even more uncertain: no real Coalition mandate for their plebiscite proposal, no outright Labor victory for an immediate parliamentary vote, and a potentially problematic composition in the Senate, with Pauline Hanson’s One Nation and Fred Nile’s Christian Democratic Party projected to score at least one seat each.

Over the past few years I had written extensively on the subject of marriage equality, and I find the ongoing delays in affecting law reform frustrating beyond words. Australia’s marriage equality fiasco is an excellent and poignant illustration of the ‘justice delayed is justice denied’ legal maxim.

The ‘debate’ on marriage equality has been over for quite a long time, with the ‘arguments’ presented by those opposing it discredited by experts, scientists, and professional associations, and rejected by referendums, judiciaries, and legislatures across the Western world.

There is no longer a genuine ‘debate of ideas’ on the issue. What we are experiencing is a war of attrition, with LGBTI equality, human rights, and social justice in the crosshairs, in which a diminishing, but vocal, extremist religious minority, clinging to a literal interpretation of ancient and dated dogmas of faith, is determined to deny equality, human rights, and social justice to their fellow Australians, by holding successive governments, the Australian public, and now leading corporations to ransom.
Did the Catholic Church exorcise Telstra’s support for marriage equality? (The Vue Post, 15 April 2016)

Yet here we are, having the same vile debate over, and over … and over again. Finally, I can truly empathise with Bill Murray’s character in ‘Groundhog Day’ …

However, at least Phil Connor had control over his own time-loop, and was able to break free once he realised what a horrible person he was, made amends, and achieved a personal breakthrough.

Unfortunately, when it comes to Australia’s ‘marriage equality Groundhog Day,’ the LGBTI community is stuck in other people’s vicious cycle of hate and ignorance, and there is nothing we can do until those people have an epiphany.

Or the Australian public finally says ‘enough!’, loudly and decisively to the Lyle Sheltons of this world, the Catholic, Anglican, and other Churches, and our spineless and witless political class.

We didn’t get that on Saturday, but we got close, and a message has been certainly sent. It’s impossible to tell what role marriage equality played in the outcome but, judging by the public discourse leading up to Saturday’s poll, I am confident it made a contribution, especially among younger voters.

When it comes down to it, we are a small percentage of the population and we are dependant on the kindness and support of the Australian public to affect change. But our treatment, as a long-persecuted minority, will always be a reflection on the quality of the societies we live in, and a litmus-test for our progressive, liberal, and secular values.

The huge problem we have is that marriage equality continues to be framed in the public debate as a matter of religious morality, and personal conscience.

It is of course not, but by characterising it that way makes everyone feel entitled to have an ‘opinion’ on the issue.

Once and for all let me make this clear: marriage equality is about equality, civil and human rights, and social justice.

It is nice to have the public on side, and we are a liberal democracy so everyone is ‘entitled’ to have their own personal feelings about LGBTI people and marriage equality.

A liberal democracy is ‘liberal’ because it does not subject the protection of fundamental human rights to a collective deliberation process – such rights are recognised constant, inherent, universal and unalienable. They are not up for debate or a popularity contest.

Add secularity to the mix, and the religious position becomes flagrantly untenable, wrong and downright contrary, in fact hostile to, and utterly incompatible with, the underlying fundamental principles of a secular, liberal democracy.
To boycott, or not to boycott, that is the question (The Vue Post, 24 February 2016)

However, because marriage equality is a matter of equality, civil and human rights, and social justice, public opinion is of no relevance on the issue whatsoever, and neither is anyone’s personal religious morality, feelings, or political ideology.

But here we are, given the possibility of the return of the Coalition government, the collective nightmare of the LGBTI community could be about to enter a whole new phase.

A plebiscite campaign on marriage equality …

Presuming the Coalition gets across the line, Malcolm Turnbull will probably try to push ahead, claiming an unconvincing election ‘victory’ as a mandate for the plebiscite. Admittedly such a ‘mandate’ would be wafer-thin at best, as the Coalition took the plebiscite proposal to the election without providing any tangible details, other than the chaos and confusion that surrounds the idea even among the members of the Coalition.

Hold on to your hats kids and buckle up, because this is where the ride could get really bumpy.

And that’s why, no matter the final election outcome, it’s time to push once again for the shelving of the proposed conservative plebiscite farce, and demand a free parliamentary vote instead to get marriage equality done.

Otherwise, we may have to shelve our dignity, and go door-to-door, hat in hand, begging each and every Australian to find it in their hearts to accept us as their equal, human beings, and grant us the inalienable civil and human right to have our relationships recognised under the secular laws of our liberal democracy.

And on the off-chance that a plebiscite would come out in favour of marriage equality, which cannot be guaranteed of course, keep in mind that plebiscites are not binding, and implementing marriage equality would still require a parliamentary vote, with scores of Coalition members having already indicated they would abstain, or vote against the legislation, regardless of the outcome of the public vote.

And don’t forget, the plebiscite was the brainchild of Tony Abbott and his inner-circle of right-wing reactionaries, designed as a delaying tactic to take the wind out of the push for marriage equality. Don’t expect those same people to simply throw their hands up in the air and admit defeat any time soon. After the weekend’s events, the reactionaries of the Coalition will most likely assert conservatives must tilt further to the ‘right’ to regain the confidence of their voter-base. Sadly, the current leadership of the Coalition is just weak enough to be potentially persuaded, or forced, into such a dangerously insular and ignorant response.

Such conservative political manoeuvrings may be assisted by the predicted new composition of the Senate, which could also tilt to the right and, if so, could sink any hope of getting the necessary enabling legislation for a plebiscite passed anyway. This may not be an entirely bad thing given the likely hateful and homophobic nature, and the lasting negative consequences, of a plebiscite campaign, although it could also mean an effective block to a successful parliamentary vote. We will just have to wait and see what the final numbers will look like in the Senate …

Meanwhile, do remember to be gracious about the bile, hate, and homophobia that could be coming your way, courtesy of our political class, and the Australian public.

Ironically, many of our fellow Australians seem to think they would be doing us a ‘favour’ with a plebiscite, but it is abundantly clear now that the vast majority of them don’t have the slightest comprehension of what it’s like going through your entire life as a second-class citizen – from being bullied, and called ‘sick’, and an ‘abomination’, from the moment you enter the school system, to being legally discriminated against, and equated with paedophiles, and have your loving, often life-long, relationships not just unrecognised and dismissed, but compared to bestiality until you die, by ‘respected’ members of our society with utter impunity.

How could they comprehend something that’s so divorced from their reality?! The road to hell after all is often paved with good intentions, with a healthy dose of blissful ignorance thrown in for good measure.

Oh, but don’t forget to be grateful for the benevolence of this great progressive, liberal secular nation for planning to unleash this wonderful gift on you.

Do forgive, but never forget.

And if the plebiscite does go ahead, this will be my official anthem for the duration:

* Look inside
Look inside your tiny mind
Now look a bit harder
‘Cause we’re so uninspired, so sick and tired of all the hatred you harbor

F**k you
F**k you very, very much
‘Cause we hate what you do
And we hate your whole crew
So please don’t stay in touch

F**k you
F**k you very, very much
‘Cause your words don’t translate
And it’s getting quite late
So please don’t stay in touch
…
‘F**k You (Very Much)’ by Lily Allen

And this song will also work in the event nothing is done to advance marriage equality in the coming months, or if we fail in another parliamentary attempt to reform the law.