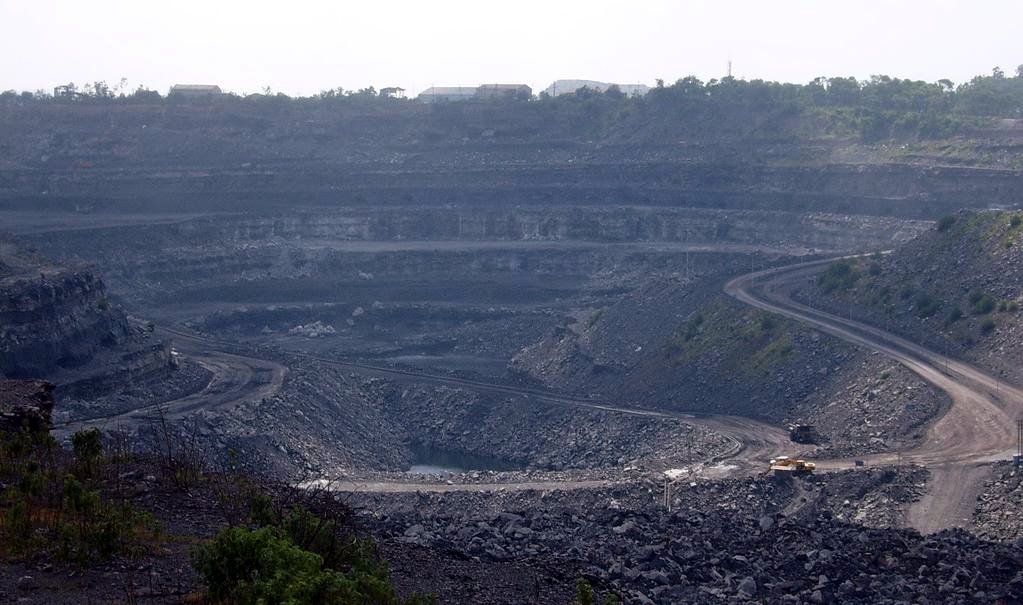 Our Minister for Energy makes a ‘strong moral case’ for … coal?!

Our federal Minister for Energy, Josh Frydenberg, appeared on the ABC’s Insiders program on the weekend to make a ‘strong moral case’ for … coal. Or, to be more exact, Adani’s proposed controversial $16.5 billion Carmichael coal mine planned for the Galilee Basin of Queensland.

Curiously, the government managed to find a ‘strong moral case’ for coal, but still looking for one to provide proper medical assistance to a 23-year-old allegedly raped and pregnant Somali asylum seeker trapped in our offshore refugee nightmare, but I digress.

According to Adani Australia’s public relations website, the Carmichael coal mine would ‘generate around 10,000 jobs and $22 billion in royalties and taxes to be reinvested back into community’. However, Adani’s representation of the economic benefits has been brought into question by its own expert witness, Dr Jerome Fahrer, admitting that royalties and taxes from the mine would more likely be in the vicinity of $7.8 billion. It was also noted the operation would only create about 1,500 jobs annually.

The project would also come with the construction of the Galilee Basin Rail and the Abbot Point Port projects. The Galilee Basin Rail would transport the coal to Abbot Point Port, which has operated for 30 years and has existing capacity to manage a further 20 million tonnes of coal. The proposed upgrade would add capacity for managing an extra 70 million tonnes a of coal a year.

These projects are also seen as environmentally reckless, and the expansion of the port at Abbott Point is seen as a threat to the Great Barrier Reef. Unfortunately, it would appear Adani has a very bad track record when it comes to environmental destruction, and regulatory non-compliance.

Mr Frydenberg’s appearance on the ABC was reminiscent of our deposed ex-Prime Minister, Tony Abbott’s love for coal.

The Carmichael coal mine hit a serious roadblock when the Federal Court of Australia issued a consent order overturning the approval by federal Environment Minister, Greg Hunt, over his failure to properly considered advice about certain endangered species that would be affected by the mine. No doubt the interested parties are working overtime in the background to overcome this obstacle.

For reasons not entirely clear, Mr Frydenberg still believes the coal mine would help boost living conditions in developing countries around the world. Of course that view is at odds with the views of distinguished experts and leaders on fossil and renewable energies, and third-world economic development:

… there is a very large cottage industry financed by many of the carbon polluters, abetted by an ideological group that fears that any serious effort to deal with the climate crisis might involve a larger role for governments and … it’s exactly what the tobacco industry did when the scientists linked lung cancer to smoking cigarettes and they hired actors and dressed them up as doctors and put them in front of cameras with teleprompters to say ‘Hello, I’m a doctor, there is no health problem at all from smoking cigarettes’. It was deeply unethical, immoral, destructive, really evil. And that is exactly what the climate denial industry is doing now.
Al Gore and Sir Martin Sorrell talk at Cannes Lions 2015 (The Vue Post, 7 July 2015)

While discussing the energy needs of third-world nations, and the costs involved in setting up renewable energy projects, Al Gore went on to note there is no reason for them to repeat the mistakes of the developed world, when they have an opportunity to leapfrog over dated, polluting technologies and move directly to clean, renewable sources.

I believe [if] we find ways of generating and storing power from renewable resources we will make the problem with oil and coal disappear, because economically, we’ll wish to use these other methods. If we do that, a huge step will be taken in solving the problems of the Earth. I think what’s required is an understanding and a gut feeling that the natural world is part of your inheritance. This is the only planet we’ve got and we’ve got to protect it. And people do feel that, deeply and instinctively, it is after all where you go in moments of celebration and in moments of grief.
When Barack Obama met David Attenborough (The Vue Post, 29 June 2015)

The World Health Organisation says this leads to 4.3 million premature deaths. That’s more people dying through those sort of inefficient forms of energy than malaria, HIV aids and tuberculosis combined.

What Mr Frydenberg forgot to mention is the following line from the same WHO release, which makes it clear pollution from burning coal is partly responsible for those deaths:

The WHO release also goes on to highlight the death of an estimated 3.7 million people in 2012, from outdoor air pollution, in urban and rural settings worldwide.

We won’t be reducing those deaths any time soon if we are looking at more coal as the ‘solution.’ If Adani’s Carmichael coal mine project goes ahead, the extracted coal will cause more deadly pollution, and will contribute to climate change.

The government appears to be focused solely on the short-term economic and revenue potential of the Carmichael coal mine, although even that appears to be overstated, at the cost of all other relevant considerations, including its potential effect on public health globally, and its long-term impact on our environment and climate.