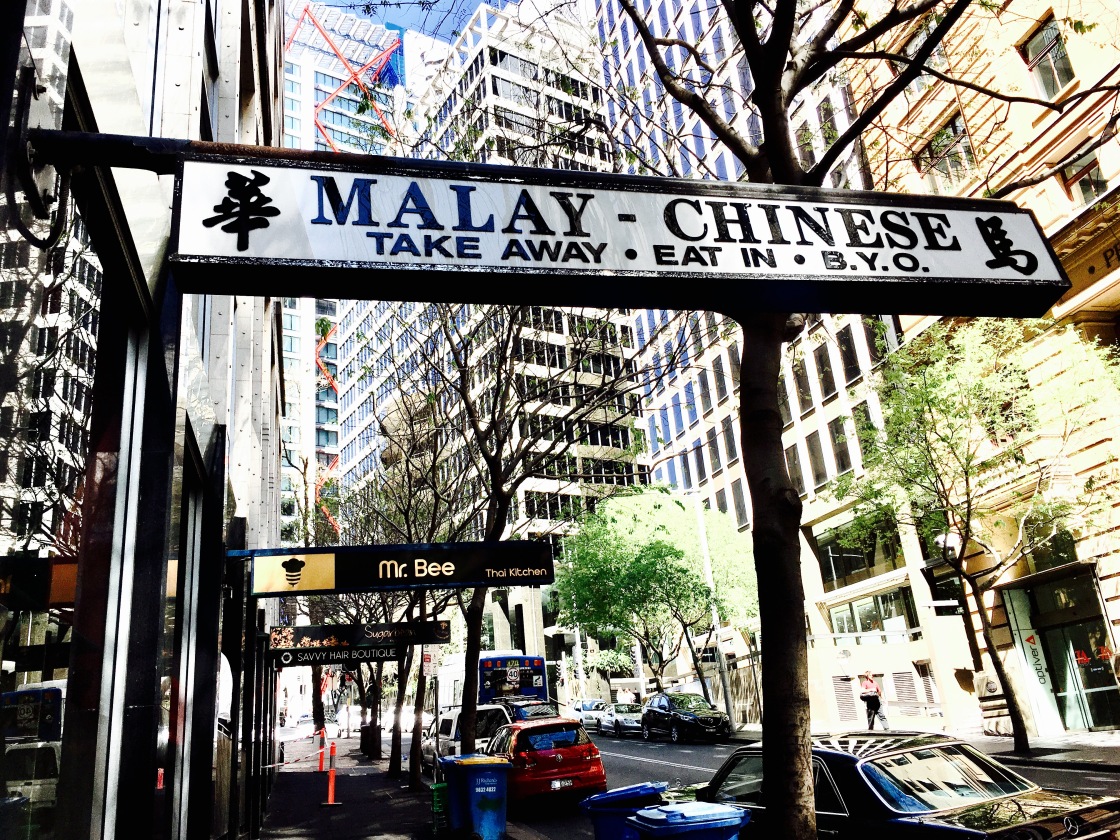 Some are well-known, others are truly hidden away and known only by the initiated, and there are those in plain sight yet missed by most.

This month I will start with a disclaimer: I am connected to the subject of this edition of Secret Sydney by a great friendship. How that now near two-decade friendship came about is part of my wonderful history with the Malay Chinese, and it makes for a great story – but more about that later … let’s talk food first.

Even without my accolades, the Malay Chinese Takeaway is a Sydney institution, reviewed by just about every major Sydney publication and food blog, and regularly listed as one of the best eats in Sydney: 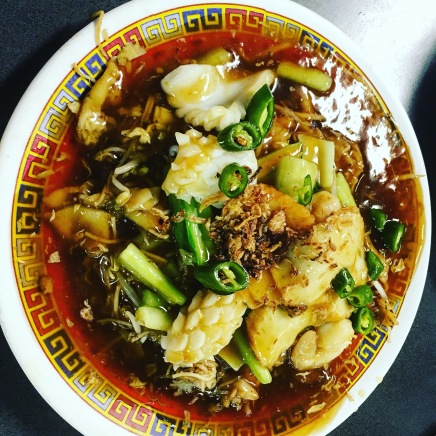 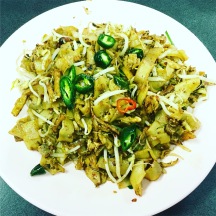 The menu at the Malay Chinese is quite extensive, and there is always a special on offer.

My absolute favourite is the Laksa with Chicken and King Prawn. The skinless chicken is tender, the giant prawns are juicy and crunchy, and the creamy broth is a flavour explosion, cooked to the same delicious recipe since the 1980s.

When I’m going through a diet phase in my life, their Hainan chicken rice, served with sliced cucumber and fresh ginger, always hits the spot, with its hearty broth and a tender, melt-in-your-mouth, chicken breast.

The sounds, sights, and aroma of the food being prepared at the Malay Chinese are intoxicating, the service is friendly and familiar, and the overall experience is unparalleled.

And my review of the Malay Chinese comes with a fascinating, but true yarn …

Before I go, as promised, here is the story of a friendship, the beginnings of which have now become legendary, and are still often recounted at dinner parties, and over cocktails.

I discovered the Malay Chinese in 2001, while I worked as a paralegal at a big city law firm after completing my law degree. As a self-funded, poverty stricken law student, waiting to do my graduate diploma of legal practice course so I could eventually apply to be admitted as a solicitor, I was forced to work through summer to pay my rent, and feed myself.

During that summer fifteen years ago I discovered laksa for the first time. And I loved it. Loved it so much that, to the amusement of everyone at the Malay Chinese, I had laksa for lunch almost every day throughout the summer.

My love of laksa led to a beautiful friendship with one of the owner’s daughters who was always behind the counter, magically making the huge lines of laksa-hungry hordes that usually extended from the counter, across the restaurant, to the entrance, disappear. As an overworked paralegal most days I didn’t get to ‘lunch’ until 3 or 4 in the afternoon, by which time the place was quieter, and over the months we started talking and developed a friendship.

Sadly, I had to quit my laksa addiction cold-turkey when early the following year I started my graduate diploma course at The College of Law in St Leonards, north of the city – too far for my usual daily laksa adventure.

At The College of Law I met a classmate who was the most infuriating person I have ever met in my life (at least up until that point in time). An incredibly intelligent and confident, but annoying, young man with a wicked sense of humour, who delighted making me the subject of said annoying behaviour and wicked humour. How I loathed him … first.

As the weeks and months went by, and we were all under incredible pressure to perform, we both learned that we worked very well together, and the loathing first turned into ambivalence, then respect, and eventually … a friendship started to grow.

At the conclusion of our graduate diploma we held a graduation dinner where we all came together, with our partners included. As I walked into the restaurant that night with my partner, the first person I noticed was … my new friend from the Malay Chinese. I was somewhat confused by her presence, wondering what she was doing at our graduation dinner.

Well, as it turned out, she was the long-term girlfriend, and fiancé, of my nemesis turned best new friend at The College of Law.

In subsequent years, we danced at each other’s wedding, we watched their gorgeous daughter grow into a young lady with her mother’s grace and business acumen, and her father’s humour and wit, and we had countless birthday celebrations and food adventures.

Now, over fifteen years later, it would be impossible to imagine life without their treasured friendship … and that practically addictive laksa.