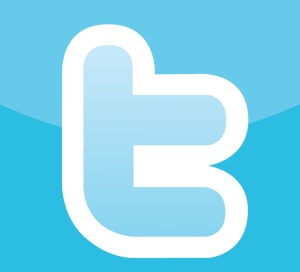 You may have noticed that Qantas grounded all its flights last weekend in an escalation of its industrial dispute with the unions. The news broke on Saturday afternoon, Australian time.

As Qantas is now preparing to return to the skies following the overnight decision of Fair Work Australia, terminating the respective protected industrial actions of the parties, the manner in which Qantas handled this event on social media, in particular on Twitter, provides a fascinating insight into social media failures.

Qantas maintains a number of Twitter accounts, but the three most relevant accounts appear to be:

You may be interested in finding out that during the 48 hours or so of incredible upheaval and uncertainty for travelers and wall-to-wall news-coverage of the event, Qantas has managed to tweet about 60-odd times across these three main Twitter accounts, using @QantasAirways as the main conduit for its messages.

Most of those tweets however can only be described as cold, clinical and, to the plain observer, lacking the empathy the stranded passengers around the country and the world may have been expecting.

This during a period in which so-called Twitter mentions of Qantas (ie. tweets that were expressly flagged to deal with Qantas) across these three Twitter accounts were flooding in, in their (tens-of) thousands. A quick, non-scientific overview of those tweets seems to indicate that a good majority of those tweets appear to be of a negative tone against Qantas and/or its CEO, Alan Joyce.

Notably, after making the announcement of the grounding (arguably a very significant and extreme step from a customer perspective) and referring customers to an online statement by the company and Qantas’ 13 13 13 telephone service (which then proceeded to melt down under the strain), Qantas’ Twitter accounts fell silent for over 10 hours.

In fact around 11pm on the Saturday night @QantasAirways casually tweeted: ‘The Qantas fleet remains grounded until further notice. Twitter updates will resume tomorrow at 9am. Visit bit.ly/11vT6d for info.’

This relaxed (or what many may have seen as a callous) approach by Qantas brings us directly to the dos and don’ts of social media and the manner in which Qantas engaged or, more aptly, failed to engage Twitter, in an arguably text-book example of how not to do social media.

Twitter is not a one-way loudspeaker, and its 140 characters limitation makes that abundantly clear. While a company may choose to use it as such, doing so is an utterly unsophisticated (downright dangerous) use of the medium as it fails to utilise any of the factors that make Twitter a superior conversational, public-relations and marketing tool over other mediums.

Twitter also has the potential to create a global torrent of instantaneous negative feedback loop if it is mishandled.

It is also worth remembering that social media, especially Twitter, has a 24-hour cycle … it does not sleep, especially so when a rare event occurs which affects the lives of thousands of people.

The worldwide grounding of the planes by Qantas, leaving thousands of customers stranded around the world, in varying time zones, certainly was not a 9-5 Australian EST event so the tweet sent out advising customers that Qantas would resume communication with them via that medium at 9am the following morning rightly brought criticism and ridicule on the airline.

It has also, quite unnecessarily (and entirely avoidably), served to reinforce a perception that Qantas cared little for those stranded around the country and the world craving information in this time of uncertainty.

The airline then continued to use Twitter as a mere loudspeaker sending out overtly public-relations flavoured messages and then at some point actually asking customers not to call its overloaded help line.

Finally, on Monday morning after 9am(!) the @QantasAirways Twitter account seems to have come alive as Qantas finally started engaging in some conversation with its customers, almost 48 hours after they shut the airline down, however most of that conversation consisted of ‘sorry’, ‘don’t know’ and ‘stay tuned’.

Clearly it would have been impossible for Qantas to respond to every one of the deluge of tweets it has received during this crisis and to engage in meaningful conversation with every single customer who took to Twitter to vent their anger. However, the airline did itself no global social media favour with the amateurish handling of this medium in the past 48 hours, especially given the potentially far-reaching consequences this may have on its international brand and reputation.

It is also interesting to note that throughout this entire saga customers largely appeared to stay clear of the @QFcustomercare Twitter account. This may have a lot to do with the fact that the account is expressly marked as available only Monday to Friday from 9am to 5pm and, on closer inspection, every second response to customers tweeting to that account simply refers them to a standard online form on Qantas’ website, rather than providing any genuine, discernible form of customer service resolution tailored to Twitter. This is in sharp contrast with a number of other Australian companies that developed highly effective social media response teams (Telstra, Westpac and the Commonwealth Bank of Australia, to mention a few).

Of course the social media surrounding this event had its lighter moments too, such as the mistake made by many (even at least one respectable journalist) thinking that the Twitter account @alanjoyce belongs to the CEO of Qantas. This lead to the @alanjoyce account gaining a fair few hundred new followers and receiving a lot of cranky Twitter mentions. However, as it turned out, that account belongs to an American student of the same name, who was more than bemused by the mixup as reflected in this tweet a few hours ago: ‘Oh dear, I think Australia is waking up again…time to prepare for another deluge of tweets.’