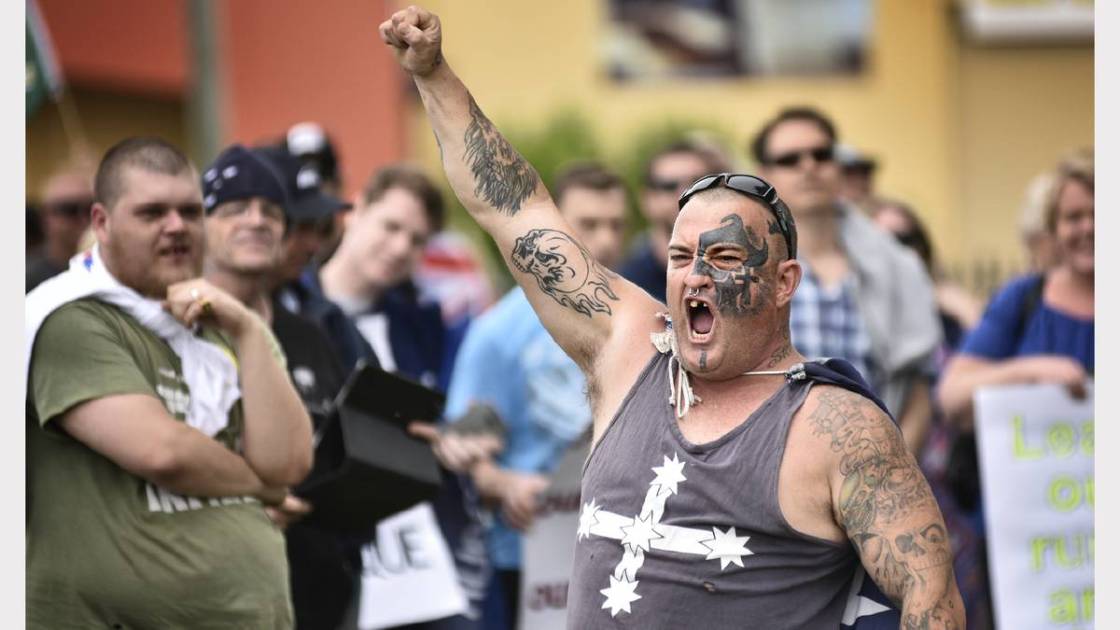 ‘Reclaim Australia‘ has made another unwelcome splash on the streets of our cities last weekend, ending in scuffles with anti-racism protesters.

There are so many things wrong with this movement, it’s hard to decide where to start.

One of the regular faces and speakers at ‘Reclaim Australia’ rallies is Daniel Nalliah. Mr Nalliah is a colourful character.

Mr Nalliah is a Sri Lankan Tamil who migrated to Australia in 1997. Given his past, there is a certain level of irony in him championing the cause of keeping refugees out of Australia. Although, he is a right-wing evangelical Christian, which may go some way to explain his relationship with ‘Reclaim Australia.’ Mr Nalliah heads the anti-gay, anti-Islam ‘Catch The Fire Ministries‘ and he’s also behind the Christian ‘Rise Up Australia Party.’

The website also indicates there were occasions when he believes god spoken to him directly, or appeared in his dreams …

Mr Nalliah is known for blaming the 2009 Black Saturday bush fires in Victoria on the state’s progressive abortion laws, leading a crusade against a proposed mosque in the same street his church is located, and accusing left-wing groups of ‘planting’ neo-Nazi protesters at the previous Reclaim Australia rally in Melbourne.

Related stories:
• #RacismItStopsWithMe
• Growing tired of our racism
• The Reclaim Australia movement is an embarrassment to the nation
• A right royal freedom of speech confusion
• ‘My definition of a free society is a society where it is safe to be unpopular’ 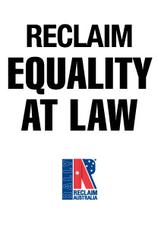 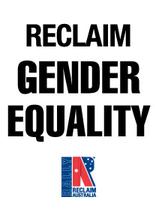 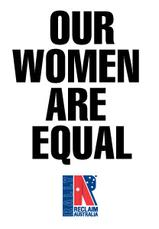 Sadly, last weekend a ‘Reclaim Australia’ protester was captured live on air as he pushed Sky News reporter Jayde Cotic while yelling ‘F**k her right in the pu**y’ at her. I think we can conclude the organisation has a lot of work to do when it comes to respect for women, as it would appear their supporters are yet to get the memo on treating women equally and with respect. And no, yelling such vulgarity at a woman while physically assaulting her is not a ‘prank.’

We are also yet to formally hear about the views of ‘Reclaim Australia’ on the equality of the LGBTI community under the law, including marriage equality. I would venture to predict their desire for ‘equality at law’ is about as substantive as their approach to women and women’s equality.

They may believe they are acting with the purest of intentions, but their motivations and aims are unquestionably entwined with bigotry and racism.

The far-right, neo-Nazi United Patriots Front (UPF) are regular attendees at ‘Reclaim Australia’ rallies and Mr Oliver thinks ‘Shermon [Burgess, the former leader of UPF] and his friends thought it would be good to have a counter militant side, and be a bit more hard line against these people and, I mean, we’re just mums and dads.’

Another leader of UPF, Blair Cottrell, is another colourful character, with a self-confessed love for Hitler and very particular views on Jewish people, women, and homosexuality. Reportedly, he also spent time in prison for arson, after he burned down the house of a man who had sex with his girlfriend.

These ‘concerned citizens’ are hardly pillars of our society …

Given the general ideology of UPF, and Mr Burgess and Cottrell’s particular views, one must wonder how they would truly feel about Mr Nalliah, a Sri Lankan migrant.

The relationship between ‘Reclaim Australia,’ the UPF and other far-right groups is nothing but complex, and so is their effect on Australian culture and society.

Their rallies are likely to have the opposite of the intended effect on any intelligent member of our society, who would likely recognise the primitive fear, and hate-driven, motivations.

However, they do appeal to a ‘lowest common human denominator’ which continues to persist in Australian culture. They also validate and reinforce bigotries and prejudices and add fuel to a slow burning fire of bigotry, discrimination, hate and prejudice that used to simmer quietly, and out of sight, in our suburbs, but now burst into public view.